MuCA is located in Belterra, Pará, and occupies the area of ​​the former Vila Americana. The city's architectural complex is being revitalized by Studio Arthur Casas; the firm will also design a hotel with 12 suites, a guesthouse with 6 suites and a convention center, which will house a business ecosystem focused on ESG – named “Silicon Valley of Bioeconomy”.

The hospitality structure includes decks, bar, restaurant and living area on the banks of the Tapajós River. Arthur Casas also designed the interiors of MuCA – the architectural structure is by Gino Caldatto Barbosa –, all the furniture and support spaces, such as the school with a focus on sustainability, the administrative village and the auditorium, with chairs specially designed for the place.

As part of the structure to support MuCA's work, there is also the Tapajônica Food Culture Center in partnership with the award-winning restaurant Casa do Saulo – which for over 10 years has been offering recipes with local ingredients prepared by chef Saulo Jennings Simões. The Food Center will be based in an original house from the 1930s – also revitalized by Studio Arthur Casas – and will train local entrepreneurial labor, in addition to presenting the gastronomic diversity of the Amazon. 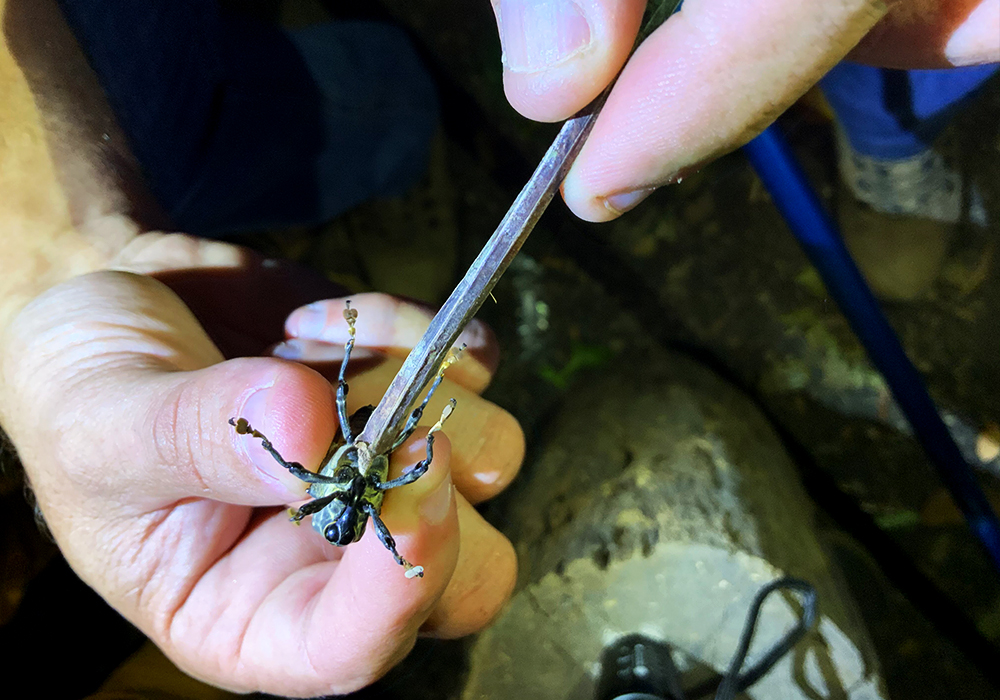 MuCA gathers several native species of a 15-years collection carried out in partnership with Instituto Butantan, supported by Ama Brasil organisation in the Amazon; a biological heritage that was under the custody of the University of the Amazon (Unama), which provided subsidies for the qualification of MuCA as a Museum by IBRAM – Brazilian Institute of Museums.

The collection also holds data collected by the Large-scale Biosphere- Atmosphere Experiment in Amazonia (LBA) program, carried out by NASA. In partnership with the Federal University of Western Pará (UFOPA), the publication of this data will be made available to a better understanding of the impacts caused by human activities on the biosphere and their consequences on nature and biological heritage.

The Amazon Science Museum will also hold the largest living gene bank on the planet – a legacy of immeasurable importance for science and human health. Necessary for preserving the diversity of plants and fruits in the Amazon, creole seeds will be genetically sequenced for medicinal purposes, consolidating one of the most fundamental strategies for preventing diseases and attacks on the human immune system.

In 1934, the American automaker Ford arrived in Vila Americana, in Belterra, Pará, to install an industrial hub. One of its first actions was the installation of the water tank – one of the city's landmarks that still supplies the local population today. There was a siren that used to alert the opening hours of the automobile company's employees; it still continues to ring 5 times a day, keeping the city's history and tradition alive. After the water tank, the company also built the church, the workers' villages and even a house to host Henry Ford. Belterra was abandoned by Ford in 1945. Since 2018, the area corresponding to Vila Americana has been under concession from Ama Brasil, which, in partnership with BNDES, takes care of the revitalization of the existing structure in order to adapt the complex to the operation of the Museum of Science in the Amazon, the MuCA. The architectural complex of Vila Americana is being revitalized by Studio Arthur Casas.

Known as Flona dos Tapajós, it is a Conservation Unit (UC) with more than 500 thousand hectares that covers the municipalities of Aveiro, Belterra, Placas and Rurópolis, in Baixo Tapajós in western Pará. It is the region with the greatest biodiversity in the country and considered the largest open-air laboratory on the planet. The area concentrates a huge variety of ecosystems, such as savannas, swamps, floodplains and tropical forests. This place will host the tourist experiences with the traditional communities that MuCA will offer. Flona's forest cover has predominantly native species.In the area, the multiple use of forest resources and scientific research is practiced, with an emphasis on methods for sustainable exploitation. The region also stands out for its observational tourism and food culture, offering the experience of living with a mystical culture full of riches.

It will be an important visiting spot related to MuCA, located inside Lago Verde, Pará's postcard, where the famous “Ilha do Amor” is also located. The purpose is to resume the conservation of this territory, with the support of the Municipality of Santarém, so that an “open-air exhibition of the MuCA” may work there. With a very relevant mangrove ecosystem, this Igapó (ancient flooded forest) will receive exhibitions and art interventions in the midst of nature for visitors in Alter do Chão.